Where Are They Now? Samuel Rusu 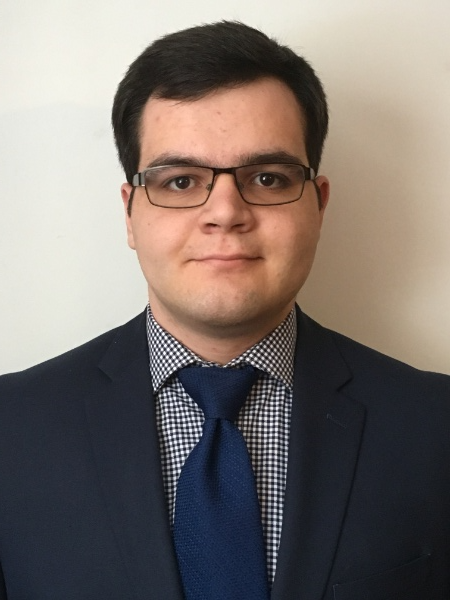 Samuel Rusu is a graduate of the University of Windsor’s Medical Physics program and received his Masters in Medical Physics at Wayne State University in Michigan. Samuel always knew he had an entrepreneurial drive, finding ways to make a profit out of items found at yard sales, he developed his business mind at a young age. While completing his Masters at Wayne State, Samuel realized that he could combine his entrepreneurial drive with his passion for Medical Physics to really make an impact, that’s when his journey lead him to the EPICentre Founders program. Samuel is now working as a Junior Associate Physicist at Henry Ford Health System, we caught up with him to talk about where his journey has lead him since his time at the EPICentre

SR: I did my undergrad at Windsor in Medical Physics then went to Wayne State for my masters in Medical Physics. The way that I decided to go into this is I went to an open house for the University of Windsor and someone there mentioned Medical Physics and it just seemed very interesting to me. It was a combination of different areas I was interested in coming together into something that gave me the potential of helping others out.

EPICentre: How do you feel your time at the EPICentre helped enhance your career path?

SR: My time at the EPICentre gave me a lot of perspective of what I’d like to do in the future. It gave me a lot of different skills that I didn’t have before and the possibility to increase my network. It also gave me the opportunity to plan and think about my career path for the next few years.

EPICentre: Upon graduating our Founders program, what was your transition into the “real world” like and how do you feel the EPICentre prepared you for that?

SR: Once I graduated from the Founders program, I still had a few months of my masters to go so I finished that off and then I started working at Henry Ford. Before and during my time at EPICentre, I got to meet the people at Henry Ford and everything combined just kind of lead me to my current position.

EPICentre: What has been the most valuable transferable skill that you learned during your time at the EPICentre?

SR: I’d probably say it’s a combination of branding and leadership with taking initiative to get stuff done.

EPICentre: What experiences made an impact on your career choices?

SR: I liked when we went to OCE Discovery and the different workshops that we did. The networking and the workshops helped us gain different skills, and of course the mentoring was great too. Through that, I realized that the pathway to do some of the things I wanted to do was very challenging as is all medical technology and I decided I need a bit more experience to pursue that.

EPICentre: What advice would you give to any new or current members of our Discovery or Founders programs?

SR: Keep on searching, don’t be scared to pivot as needed, talk to people/customers, work and keep on having initiative to constantly push to achieve your goals.