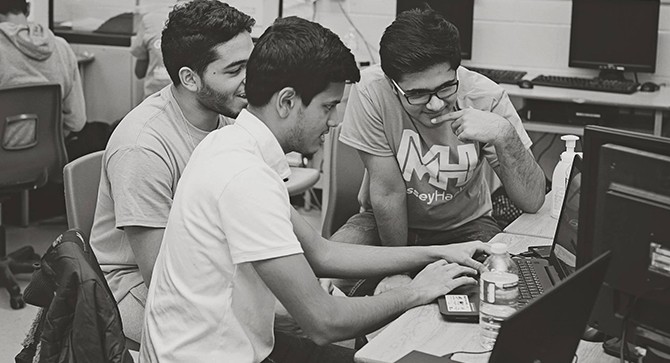 A Hackathon is an event where participants work together on programming projects in small teams for extended periods of time. MasseyHacks was a 12-hour Hackathon for high school students across Windsor-Essex County of all experience levels. The main competition had teams of up to five participants working to create any tech project of their choosing to impress the judges. From a total of 97 attending participants and 22 teams, a variety of amazing projects were created.

Leon Ouyang, Annie Zhang, Charles Chen, Raymond Wong, and Shahir Chowdhury from Vincent Massey Secondary School placed third for their creation called GameAlarm, an alarm that makes sure that you’re awake by having you solve a problem before shutting off. 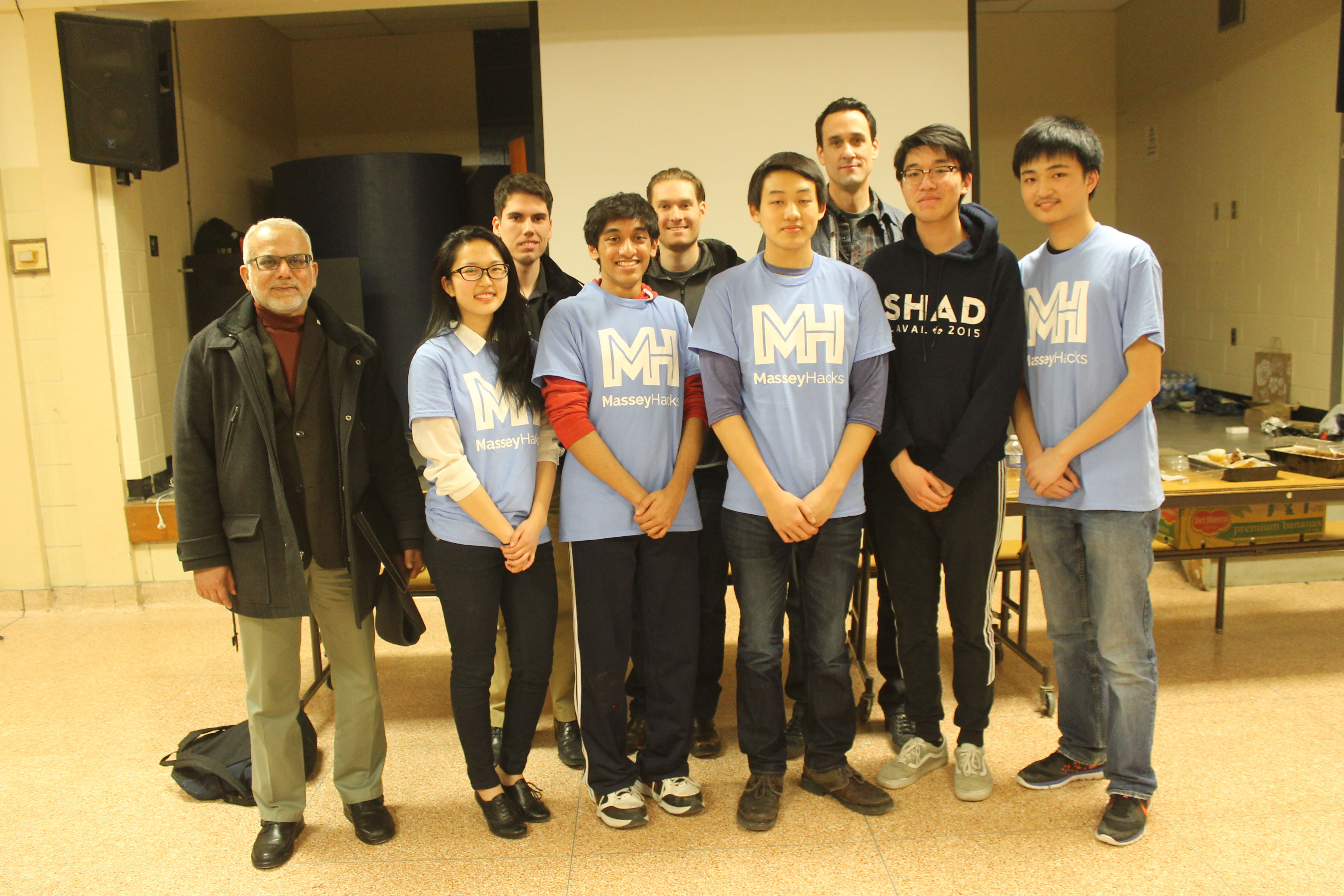 In second place was Jenna Alzaferi from Académie Ste Cécile International School who created a program called Hanoi, a collection of games that include the classic problem of Tower of Hanoi and Pascal’s Triangle. 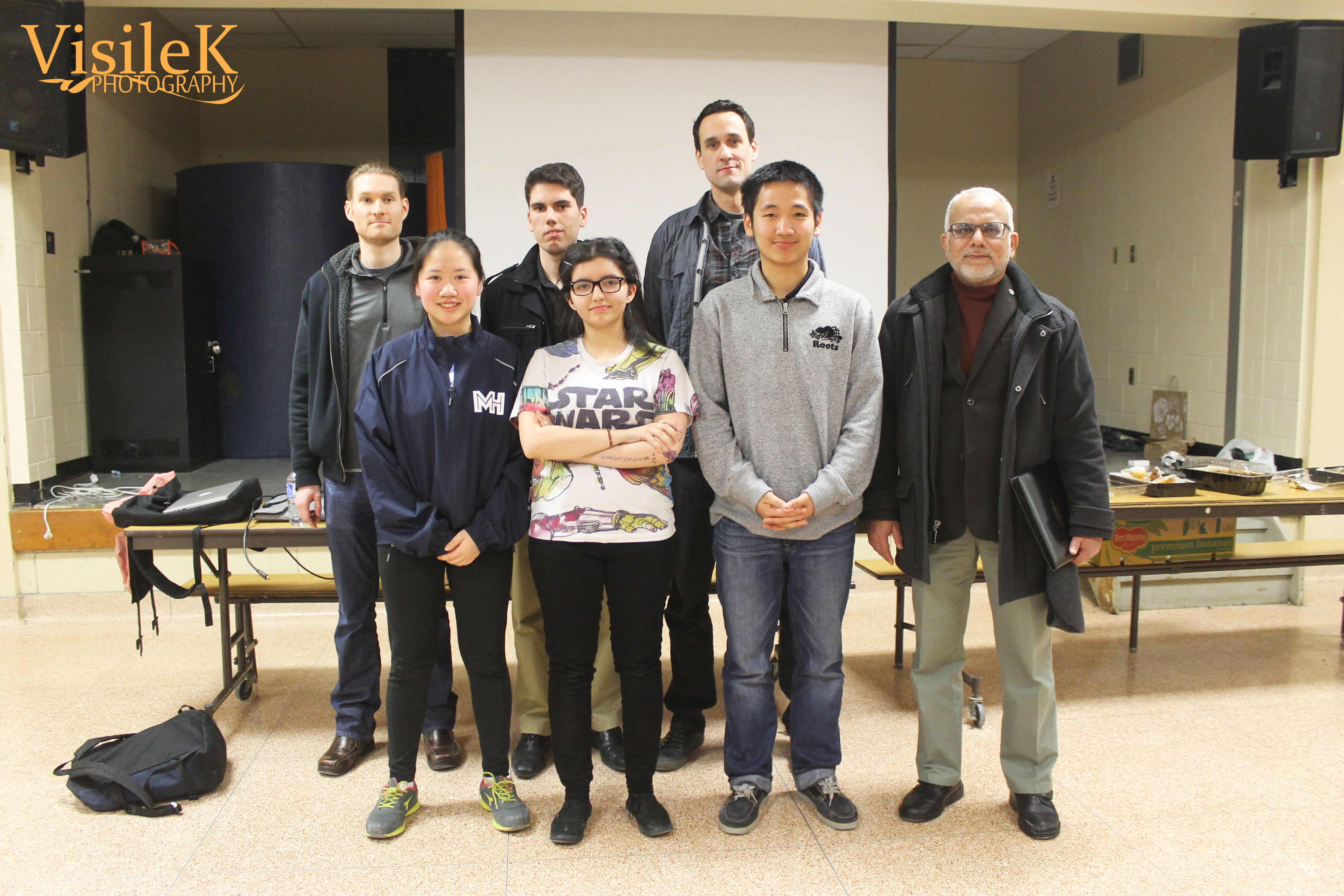 Outside of the main competition there were also workshops for participants, including Git, Web Development, and Android Development as well as smaller competitions. All three workshops were a great success. Survey respondents rated them highly and participants were able to use the skills they learned that very same day to submit their projects. GameAlarm, for example, was the first Android App built by four of the five teammates.

For over 80% of participants, MasseyHacks was their first Hackathon, making it a great opportunity to learn and bond. The five hacking rooms were easily filled with attendees working hard in their teams to complete their projects. Overall, it was a great experience with 95% of participants saying they would be interested in similar future events.