Spotlight: The Artist Behind The EPICentre Mark 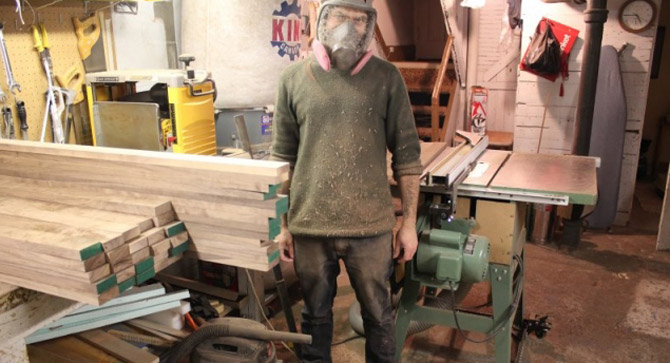 Earlier this year, EPICentre hosted a competition to engage on-and-off campus community members in developing the centre’s official “mark”. The submissions to our competition were fantastic, however only one winner could be named. Please read below for an interview with Mike Beauchamp, official winner of our “Design Our Mark” contest.

EPICentre: What is your connection to the EPICentre and to the University of Windsor?

Beauchamp: I graduated from Computer Science at the University of Windsor in 2005. In 2013, CEL (pre EPICentre) assigned two student business consultants from Dr. [Francine] Schlosser’s class to help my business, Therevox Custom Musical Instruments. This was a great experience so I’ve continued to follow what EPICentre is doing.

EPICentre: What made you want to apply for this competition?

Beauchamp: A day before EPICentre sent out their call for entries I was commissioned to design a website and mark for White Spruce Amplification, another local business. I always enjoy doing graphic design, but I don’t get the opportunity to do it very often so I used the EPICentre competition as practice.

EPICentre: Are you an entrepreneur?

Beauchamp: Recently I’ve been working with a friend on LemonTimer (lemontimer.com) where we’ve built a web app that lets companies and government manage how much time their employees spend surfing the internet. I’ve actually been using the prototype to stop myself from getting too distracted by social media and YouTube, so I’m pretty excited about that project!

EPICentre: What does the EPICentre logo that you designed mean to you?

Beauchamp: I think EPICentre is a perfect name and I wanted the mark to communicate what they do and that they’re bringing experts from different disciplines together. I think my interest in archery also made its way into the mark too.

EPICentre: What are you looking forward to the most from the EPICentre to open this fall?

Beauchamp: It sounds like they are bringing a lot of speakers in this year, so I’m looking forward to attending and learning.

Congratulations once again to Mike Beauchamp, from the EPICentre team!