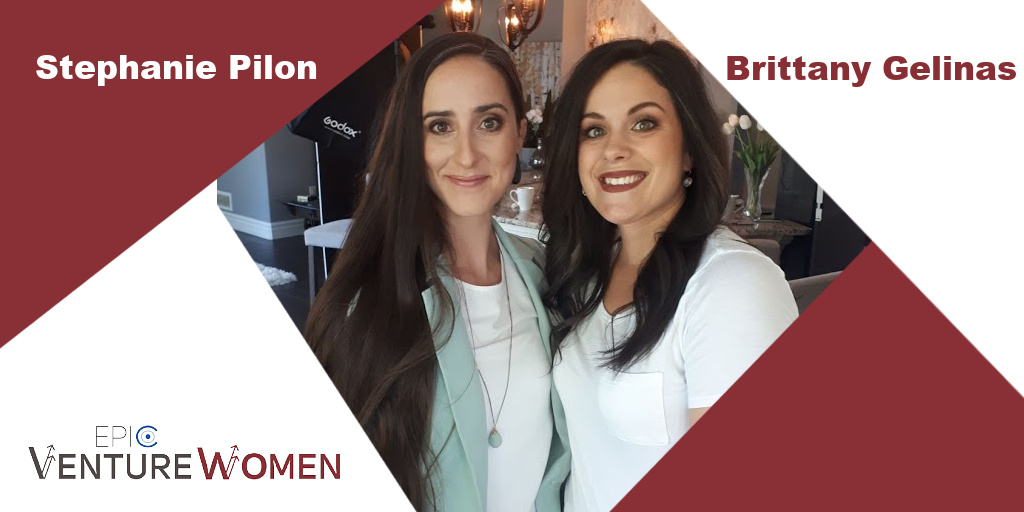 EPICentre is thrilled to welcome a brand new cohort of EPIC VentureWomen. Each week, we’ll be featuring a different founder or team in a series we like to call 10-for-10.
This week, Meet Brittany Gelinas and Stephanie Pilon, founders of Modern Worm Company

Brittany Gelinas and Stephanie Pilon both began their journey with vermicomposting during the summer of 2020, a process which allows a specific species of worm called eisenia fetida (or red wigglers) to eat various items that are carbon and nitrogen-based and turn it into a rich, nutrient soil additive which in turn, removes waste from landfills.

After looking for composting worms for their own personal use, they quickly realized the lack of availability for this form of composting within the Windsor-Essex region, and thus, The Modern Worm Company was born. “Gardening, nature and the environment is something we both share a passion for, and sharing it with others while building something of our own, was definitely a driving force to entrepreneurship,” said founders Brittany and Stephanie

The Modern Worm Company will serve as the first vermiculture/vermicomposting company in the Windsor-Essex region. The duo plans to sell live composting worms, their castings (vermicompost), worm bins (indoor and outdoor), worm compost tea, and more. “Our hopes are not only to bring compost worms to the Windsor-Essex area but to educate on their benefits as well,” said Brittany and Stephanie “We have been working on educational material to hold programs throughout the school boards, showing staff and students the benefits and positive impact worms and vermicomposting can have for our environment”.

Growing up watching her father run a successful business, Stephanie was used to conversations discussing innovative and inspirational ideas. In later years, she drew inspiration from her sister, President, and CEO of WEtech Alliance, Yvonne Pilon who has always encouraged every small business idea Stephanie has had. With 13 years of horticulture experience along with experience working in some of the local greenhouses in the Leamington/Kingsville area, Stephanie was more than prepared to step into the role of co-founder for The Worm Hut.

Brittany’s previous experience as an Early Childhood Educator and her educational background in Holistic Nutrition bring a diverse element to Modern Worm Company’s business model. Always having the drive to make big changes within her community, she knew that becoming an entrepreneur would allow her to make a positive impact using the lack of resources in our local community as a driving force.

As members of the EPIC VentureWomen program, Brittany and Stephanie along with the rest of the cohort will receive mentorship, access to workshops, industry connections, and tools and resources specific to each startup’s needs. “With the help and guidance from all of the mentors, workshops, and speakers, we anticipate having everything needed to fully launch our business and hit the ground running for a successful 2021” said Brittany and Stephanie. “We have many plans for the upcoming year and hope to be pleasantly surprised by the love and support from our wonderful community”.