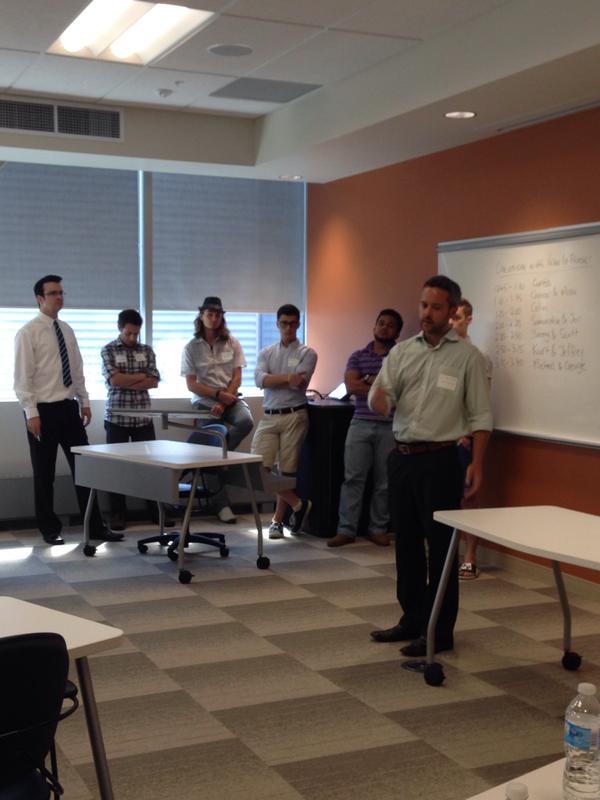 WINDSOR, ON – On June 23rd, 2015, EPICentre hosted its first Startup Mashup at EPIC Innovation. This networking event was created for students to help them learn about startups in the Windsor region, provide them with the opportunity to collaborate with other startups, and to allow startups looking to recruit teammates with specific skills to do so through one on one interaction.

To further fuel the collaborative environment, a team building exercise called the “Marshmallow Challenge” was initiated. The goal of the exercise was to build relationships among the attendees and to test their creative thinking skills. The objective of the exercise was to build the tallest free standing structure with various materials such as 20 sticks of spaghetti, one yard of string, one yard of tape and a marshmallow.

Overall the event was a success and EPICentre received very positive responses from the attendees. We believe this will lead to partnerships being formed between students and the startups. In light of the success of the event, EPICentre will be hosting the Startup Mashup networking event every 6-8 weeks to provide a platform for startups and students to come together and collaborate.

Our next Startup Mashup event will take place on August 7, 2015 from 4:00 to 6:00 pm. Visit https://www.epicentreuwindsor.ca/event-single/?event_id=28 for registration details.