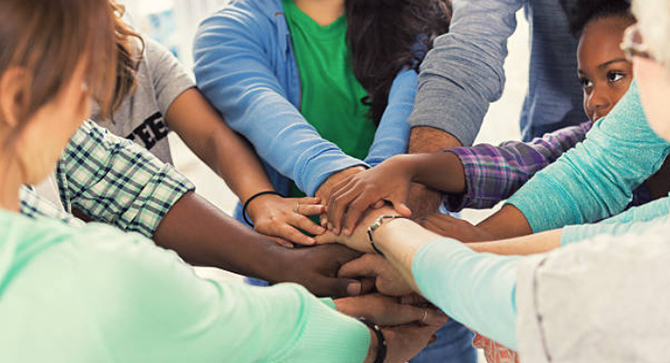 Have you ever vacationed to a foreign country and felt feelings of disorientation because of an unfamiliar culture, way of life or set of attitudes? Most of us can probably relate to this type of experience, but now imagine moving to that foreign country permanently! How quickly would you be able to integrate into this new culture and this new way of life? Or learn an entirely new language?

With limited resources available to new Canadians, this can be an extremely anxious and difficult time for newcomers to Canada. In response, two of EPICentre’s newest Founders, Arielle Opler and Ashley Baez Abru, are currently working on a social enterprise that will assist with integrating, inspiring and empowering new Canadians, and enabling them to feel comfortable in their new country!

Ashley and Arielle are both 4th-year students in the Drama in Education and Community program at the University of Windsor. As part of the Fall Founders Program at EPICentre, they are conducting applied research aimed to help new adolescent immigrants become more resilient in Windsor-Essex. Moreover, they intend to develop this research program into a sustainable social enterprise. They are being funded as part of a large research partnership on immigrant resilience led by York University, sponsored by the Social Sciences and Humanities Research Council (SSHRC), that includes the University of Windsor. EPICentre’s Executive Director Francine Schlosser, and the Executive Director of the New Canadians’ Centre of Excellence, Reza Shahbazi, are the lead investigators for the grant’s Windsor City Network.

Ashley and Arielle’s entrepreneurial journey began when Ashley decided to get involved with EPICentre’s Discovery Program. She heard about EPICentre from a former Founder who had been mentoring her, which ultimately gravitated Ashley towards the idea of starting a new social venture.

Ashley eventually met Arielle through their courses at the University of Windsor when she approached Arielle to get some input and feedback on an idea she was working on. The two were a natural fit as they both share similar values and goals and both want to make a change in terms of being able to help new Canadians who are coming into the country for the first time.

Ashley has also given credit to her father for inspiring her and opening her mind to starting her own business. After moving from Toronto to Windsor, Ashley realized there wasn’t the same job opportunities and thought that creating her own business was a better option, especially given that she is extremely passionate about her new idea.

After being accepted into EPICentre’s Fall Founders Program, Arielle and Ashley have both come a long way in terms of learning all about business. They are now working on their social enterprise, referred to as DSL, or Drama as a Second Language. This new and underused method forms the basis for Ashley and Arielle’s new venture that combines interdisciplinary drama and English-as-a-Second-Language education.

The idea began when Ashley began to conduct research on drama education and its influence on language acquisition. In addition, Arielle was highly interested in world politics and started researching and learning about the newcomer experience for immigrants coming over to Canada. They realized that in almost every case, it was extremely difficult for newcomers to integrate into a new culture quickly. There are not a lot of resources available, everything is unfamiliar, language is almost always an issue and culture shock tends to set in shortly after arriving. Ultimately, this research has led Ashley and Arielle on their journey to create a new way to help new Canadians integrate into their new surroundings while combining it with their love for drama.

In its simplest form, DSL will provide drama-style workshops that will aid in helping newcomers become full participants in Canadian culture and society. The programming they are currently developing is based on drama-based pedagogy whereby they use interactive theatre in drama and activities for educational purposes to fully integrate and assimilate new Canadians.

Currently, nothing like this exists in Windsor-Essex, an area that features a large number of new Canadians. Consider the following statistics:

Ashley and Arielle are currently in the process of partnering with local schools and other community organizations that will be able to implement their new programming. While Drama ESL does already exist, it is not used often and offers a great opportunity for a new and effective method in educating new Canadians.

Ashley and Arielle have stated their ideal outcomes from the program. By incorporating drama into their workshops, they have essentially found a new way to educate through performance and creation, which tackles the effective requirements necessary for language acquisition. As additional outcomes, Ashley and Arielle are confident that this new way of educating new Canadians will provide participants with increased confidence and self-esteem, increased motivation to participate and integrate into society, improved body language and realistic expectations. Essentially, they want to empower, inspire and motivate newcomers so they will embrace their diversity and have an easier time adapting to their new country.

Additionally, Ashley and Arielle are hopeful that DSL training will create a strong sense of community for these individuals and create advocates in the community that can create positive change for all.

Since starting in EPICentre’s Fall Founders Program in September, Ashley and Arielle have already begun piloting their new program, which started on October 16th at the New Canadians Centre of Excellence and the Catholic Central High School in Windsor. By piloting the program, Ashley and Arielle are also collecting feedback from participants to assist in improving content.

Stay tuned for more updates on Ashley and Arielle’s entrepreneurial journey as they continue to move forward with DSL!