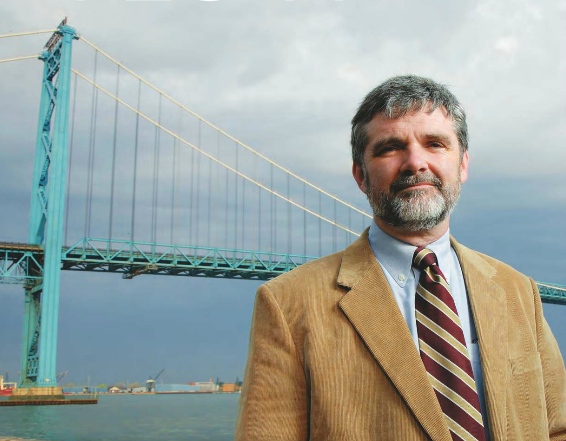 A demonstration of security technologies Monday, December 1, at the provincial legislature will help to establish the University of Windsor’s reputation as a research leader, says the director of the Cross-Border Institute.

“Our hope is that when there is discussion of research in security technology, people will think of the University of Windsor first,” Bill Anderson said after the event, which featured advances in surveillance and fingerprinting technologies with applications for screening at Customs, supply chain security and cybersecurity.

“The audience was not just MPPs and government staff,” Dr. Anderson said. “Representatives of business, think tanks, the Council of Ontario Universities and the consul general of the United States dropped by to see the demonstrations and talk to University representatives.”

The institute works in collaboration with a number of other University of Windsor departments, private sector partners and organizations and all levels of government, looking at making land border crossings work better.

Short Range Radar for Surveillance Applications – Electrical and computer engineering professor Sazzadur Chowdhury has developed the world’s smallest and thinnest short-range radar unit. Because it is inexpensive to build and completely weatherproof, it can be used effectively in a variety of applications for motion detection, ranging from individual units attached to a soldier’s uniform to arrays of units for border and perimeter surveillance.