A Brighter City with Windsor Eats 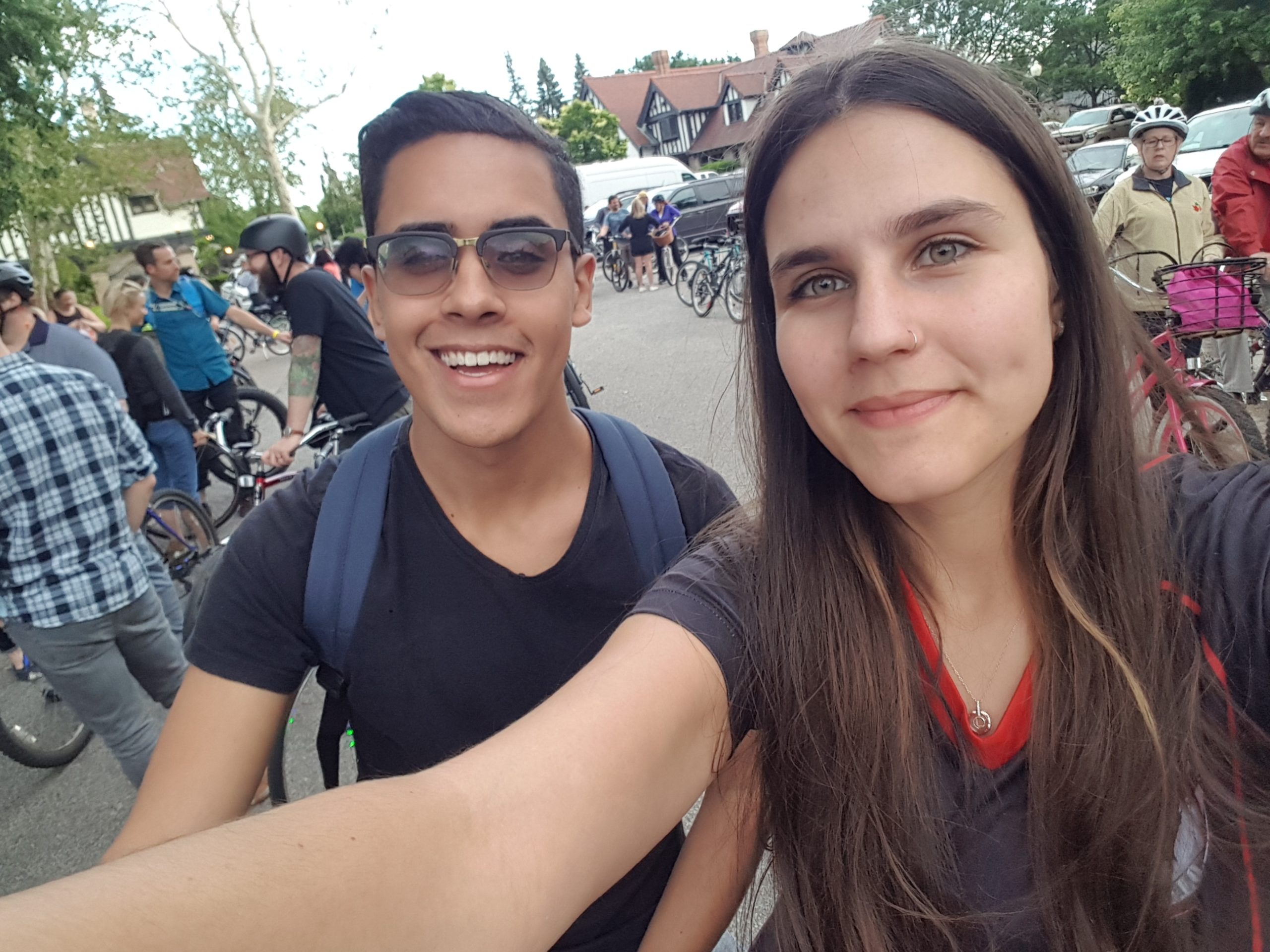 By: Anna Paula Bento Costa
I was invited to participate on a Friday Night Lights bike ride, organized by Pina Ciotoli and her team at Windsor Eats on June 14, 2019. The meeting point was at the Willistead Park and the ride began 8 pm and las 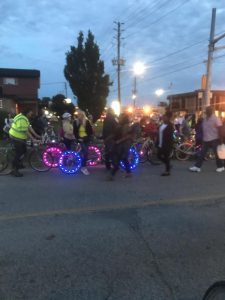 ted until 12 am. Don’t be scared by the duration of it, we took several stops on the way, so it wasn’t as overwhelming as you might think.

The ride was amazing! This experience was incredible and I’m speechless to the Windsor Eats team, the police officers and everyone else wh 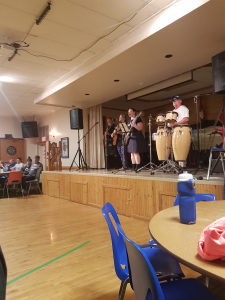 o helped to make the night so special and safe. In other words, I would say that the night was a magical and delightful experience for me and my friends due to the well-organized and planned ride Windsor Eats organized.

The tour was an exceptional experience because it gave me a different view of the city, something that I didn’t realize travelling by car or bus. This time I could feel the wind in my face, hear the animals, see the architecture in Windsor, nature, the hidden art in the city, interact with all kinds of people and last but not least, get some exercise.

One of the amazing parts of the experience happened at night when people turned their bike lights on and we became a big and bright group riding around the city. It was a beautiful picture to see and I think people on the street would agree with me as, during the ride, we interacted with those watching by ringing our bike bells at them.

We stopped at three places during the ride, all of them were participating in the Carousel of Nation’s a festival occurring all over the city and we spent more or less one hour in each of them. The first one was the Caribbean festival, then the Scottish and lastly the Greek festival. All were very cheerful, had a band playing and had very good and traditional food! It was good to get in touch with a few of the several cultures the city of Windsor has!

In general, everyone can participate in the rides, the city is very flat so it’s easy to tide through. People don’t need to be physically strong, just need to have a basic knowledge of how to ride a bike. Personally, I was afraid of participating because I hadn’t ridden a bike for a long time and I didn’t have a bike, but everything went well. The ride was a piece of cake and Adriano (another organizer) rented a bike for me and other participants.

Talking about renting bikes, here is funny history: I brought two other friends with me for the ride who didn’t have bikes either, but I didn’t tell Pina or Adriano that because I thought that we could rent it there. Unfortunately we couldn’t, however, I had an angel in my life called Adriano who took me and my friends to a place where we rent them. He was really helpful and kind. The biggest lesson of this evening was: if you don’t have a bike, don’t forget to rent it before the ride!!! After this episode, everything went well, and we had a lovely ride through the city.