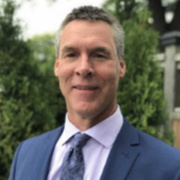 Dave has over 20 years of financial leadership experience with 14 of those years in senior CFO and CEO positions with Fortune 500 and medium sized companies in the pharmaceutical industry. He has provided strategic leadership and direction in all aspects of a business. Dave was co-owner of a gelatin hard capsule manufacturer Pharmaphil, which supplied the nutritional and pharmaceutical hard capsule industry in Canada, USA and Mexico. He sold his business to Qualicaps, a global supplier of capsules, owned by the private equity firm, The Carlyle Group. Prior to the acquisition of Pharmaphil his career spanned progressive work experience with KPMG, Hiram Walker / Allied Domecq and Cardinal Health. Dave has instructed for the Pre-Graduate Master of Management program for the Centre for Executive and Professional Education (CEPE) at the University of Windsor. In 2016 he held the position of Acting Director for the EPICentre at the University of Windsor. Dave obtained his MBA degree from the University of Detroit. 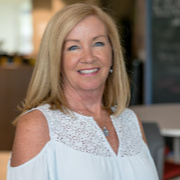 Maureen is the Former President and CEO of LucasWorks!, a successful recruitment firm in Southwestern Ontario with offices in Windsor, Kitchener and London. Maureen was in business for thirteen years and for the last eight years she was one of Canada’s most successful female-owned businesses, as acknowledged and ranked by Profit Magazine. She sold her business in 2017 to a large Canadian staffing firm. She is currently involved on the Executive Board of the Windsor Essex Regional Chamber of Commerce, as well as an active Rotarian. In 2013, Maureen Co-Founded 100 Women Who Care,Windsor Essex, the third chapter in Canada. Since that time there has been over 100 other chapters started in Canada. Their local group has raised almost a half-million dollars for local charities and Maureen is so proud of the women in this community who are involved. Her other great joy comes from working with young entrepreneurs to assist them with the challenges of starting a business. The EPICentre has given her the opportunity to do that.